How to be successful on sorare with a big budget. 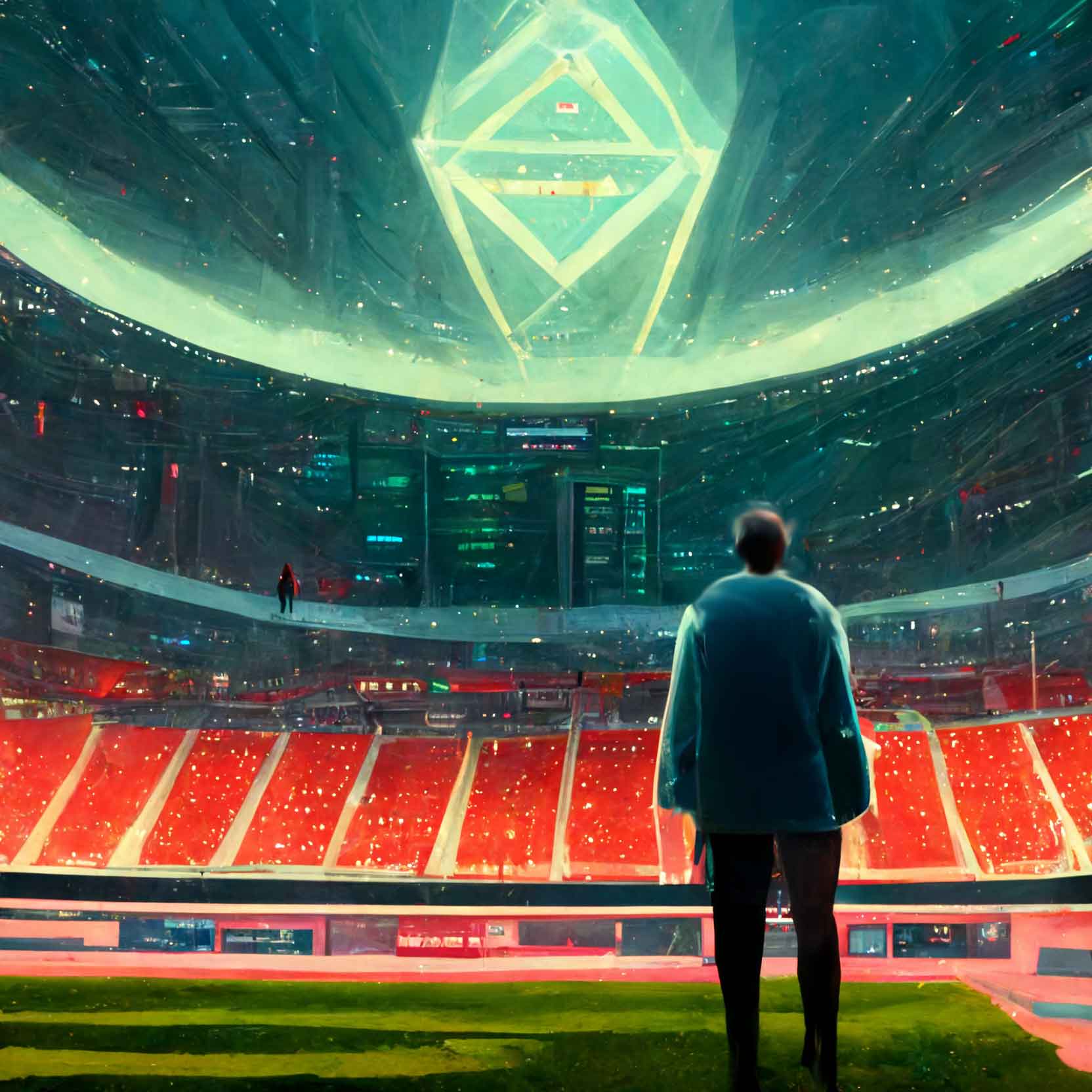 This article isn't for everyone, and it's geared toward managers with a larger budget. A lot of the articles written are about budget picks or how to get started with little investment. However, what about the rich guy/gal who wants to get involved? It's only fair for them to make a little profit too, right?

You can play Sorare for free, but you can also sink a great deal of money into it, just look at the unique Halland card Bought at auction for £507,361.83 – 265.1001 ETH. The person who plays the free version of the game won’t be competing against this card. Consider it as a poker table where you can choose your buy-in level based on your budget.

What type of player are you?

There are many ways to play Sorare, so it’s time to discuss how hands-on you are and how invested you are in the game. There are several types of Sorare players; you may find that you are a mix of them all

This is an investor with plenty of cash but little time, who wants to dip in and out yet make a nice return. As a whole, they could love football or just play Sorare out of boredom, they just want quick cash and the ability to move on to the next project as quickly as possible if needed.

Strategy: Buy a group of players from 1 or maybe 2 teams. This way you don’t have to be glued to the game you can pop online to set your teams for each game week. As you only have a couple of teams to follow, your research won’t consume your day. The best results can be achieved if you follow them as closely as possible. You wouldn’t want to field an injured or suspended player that would hinder your chance of winning.

Spare-time players have plenty of time to burn and like to watch football. They play Sorare more out of boredom than anything else, they see the benefits and profits that can be made from the game.

Strategy: A spare-time player can invest both time and money in media, anticipating breaking news and taking advantage of the opportunity to be first to market. Keep up with the latest news by following influential Twitter accounts and trustworthy websites. Join a knowledgeable community that can bolster your efforts.

Top tip: Some of the services we use and trust can be found in our Sorare resources section

(3) The font of all Knowledge

It’s natural for these players to talk about football, they love it and it’s their go-to topic of conversation because they know every signing, rumour, scoreline, and scorer from every team imaginable.

Founder of Sorarescout and true football fanatic, CoptersApples is our very own Shark that fits under this category.

I love football and Sorare has enhanced the experience for me. I think learning the scoring matrix and looking out for youth players that compliment this will stand you in good stead long term. (CoptersApples)

Strategy: What are we going to tell you about Football? I wouldn’t expect much! You should focus on Sorare’s strategy and fine-tune your lineups to suit their opponents. If you have the funds and football knowledge to complement your purchases, Sorare can be lucrative especially if you can master the art of the Sorare scoring matrix.

Players who spend and forget about Sorare have heard about Sorares potential profitability and have disposable funds. This person likes football or has friends who are knowledgeable about the game and can guide them. After dropping some money into the game, they want to see if their investment has grown in six months or a year.

Strategy: Research and ask your friends for recommendations, buy the young players with potential, and avoid players that are great now but are nearing the end of their careers. Wonder-kid lists can be a great source of information if they come from reputable sites.

Gary Vaynerchuk entrepreneur, author, speaker, and Internet personality joined Sorare back in January 21, Among his interests are NFTs, which is why he became so vocal about his purchases on social media, which led to a massive increase in Sorare users around the time of him joining the platform. He spent the best part of £40k on Mbappe and João Félix cards most notably the Félix unique card. In the meantime, he hasn’t made any purchases, but if he came back today to sell up, I’d guess his money would have doubled.

Is someone who buys large quantities of lower-value players, working the percentages on the theory that if they can make a profit on the vast majority of the purchases, they will make up for any losses they might incur. It is their knowledge of football or/and they invest time in acquiring it.

Pawel Trader is known for buying up whole galleries at discounts and is an example of a big budget trader. Then he puts individual valuable cards back on the market with a markup and waits until the lower value cards become more desirable due to a transfer or injury recovery.

Strategy: The investment will be long-term and not just monetary, but also time-consuming. There is merit to this method if your willing to put in the work, Pawl Trader has set the president here so why not just follow in the footsteps, Managers on Sorare often change their username to advertise, and you can find them by searching for gallery for sale, selling all my cards or similar. If you can buy some bulk galleries at a discount and see how you get on Trading. 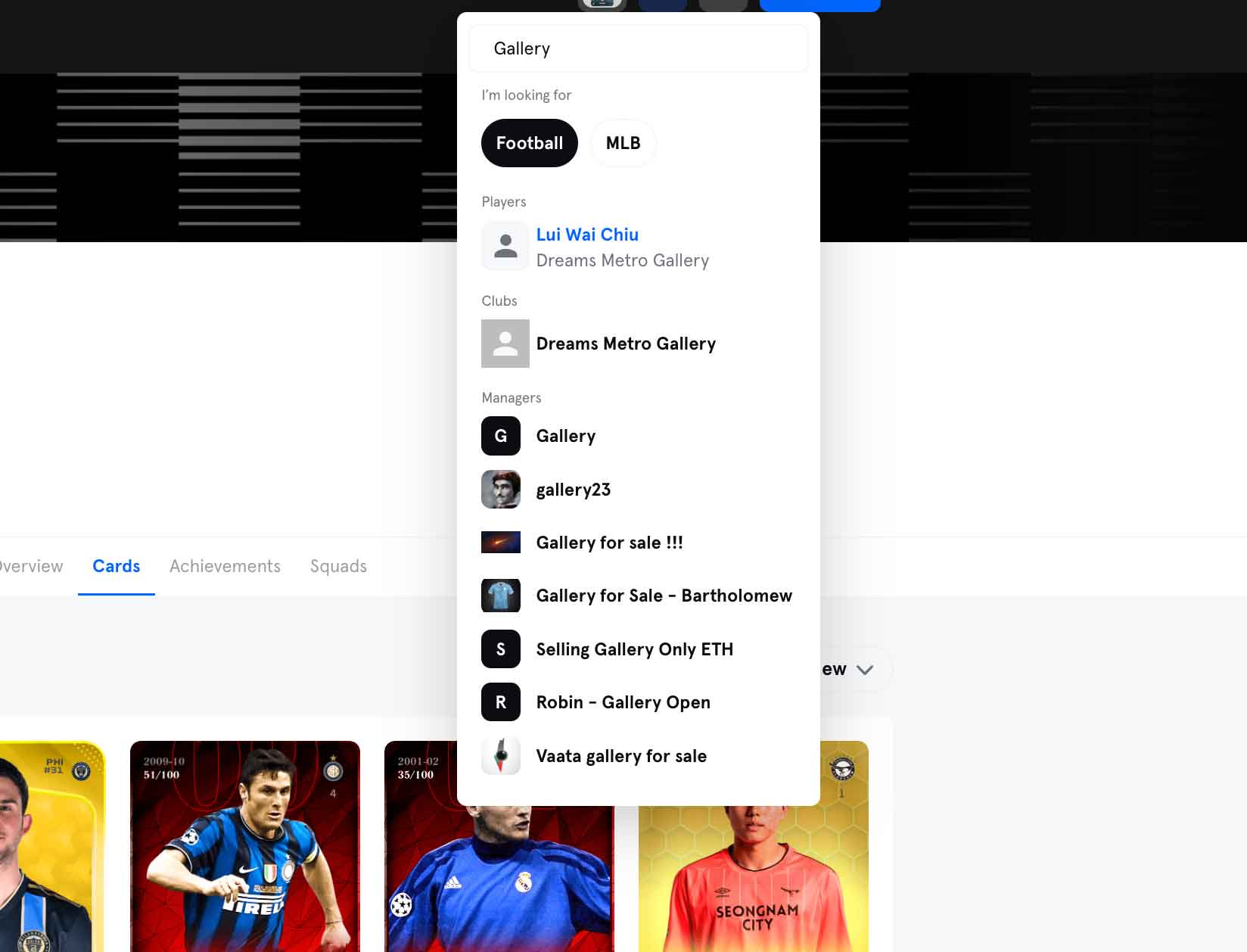 Let’s not beat about the bush. The best players on Sorare will be those who score high every week. They are the ones who will make you a quick return on your investment, which is why they are so expensive.

Someone with a large budget should consider starting with the teams that win week in and week out, such as PSG, Ajax, RB Salsberg, and Celtic. These are the teams that dominate their domestic league and have extra utility when it comes to mid-week European games.

Top Tip: It is important to find a team that plays exciting football, one that you enjoy watching so that your viewing experience is enhanced.

Stacking is a widely used tactic among managers who have the funds to do so. By stacking, you buy five players from the same team in the hopes that when they win big, your lineup will also win big.

Top Tip: We suggest you work out a good stack of players and then look at what scarcity you can afford to play with.

The cards you buy and play with come in scarcities

Limited up to 1000 cards can be minted per year

Rare up to 100 can be minted per year

And unique is 1 per year

There are exceptions, but in general, the rarities are played in separate tournaments so you are playing on an equal footing. A limited card will not be played against a unique card.

It’s important to keep in mind that at the competition level with limited cards you are up against a possible 1000+ people with a Haaland card in comparison to super rare cards, where it’s a lot lower so in theory easier to win.

Top Tip: Those with a high budget should consider scarcity levels at the higher end. As a result, your competition is reduced due to the limited number of cards you’re up against.

We always say it’s not about a weekly return, it’s about playing the odds. It stands to reason that a top-of-the-league team is going to win more games than lose. We’re not saying you’ll win every week but over a year you would like to think you will come out on top.

Top tip: We suggest you target a region and put out the same teams every week, with a slimline group of good players, you should see a good ROI.

One of the questions you may be asking yourself is how do I turn a win into profits and there are a variety of ways this can be done. When one of your teams reaches the top 3 podium positions, most tournaments offer an Eth prize between £42.52 – 0.032 ETH and £1,276 – 0.9609 ETH  as well as a reward card. You can sell your cards for Eth in Sorares secondary market and then convert that back into your local fiat currency. We have a how-to transfer your profits into cash guide.

Even if you’re not one of the top 3 finishers, you still have a chance to win cards. The cards range from star players in tier 0  to tier 3 cards and will vary in value and the higher you place the better the card you should receive.

Top tip: Sometimes it can be within your interest to keep cards that compliment your gallery.

So that’s our guide to getting into Sorare with a bigger budget.

Want a more tailored consulting service with Sorare? Get in touch with SorareScout and we’ll help get you set up.