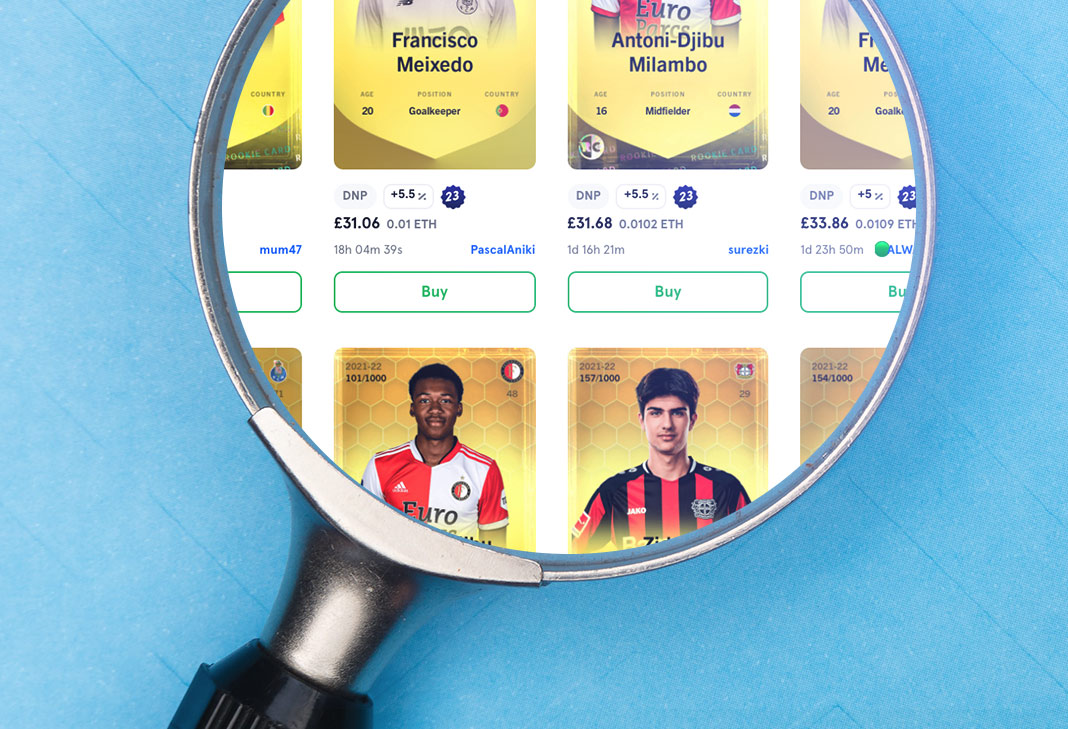 Check out our list of Football Manager Wonderkids that feature on Sorare and if you can buy them yet, including rookie cards.

Everybody’s looking for the next rising star to add to their collection and it’s easy if you have a big budget to go out and buy wonderkids that have already started to perform. What we are more interested in is the unknown wonderkids who don’t have Sorare cards yet, so we can be the first to snap them up before the hype, we spent some time and used Football Manager 2022 to scout the next in line to stardom.

Below you’ll find two lists for each position, the players in the first list don’t yet have Sorare cards although you can follow them on Sorare thus being first to be notified when the new cards are released.

The players in the second list do have cards on Sorare ready to buy.

So there you have it SorareScout have hand picked some of the most promising prospects on Sorare,  some of these players are playing in reserve teams just waiting to break through and others play for teams that are not yet covered by Sorare our advice is to follow the list of players above (on Sorare) and wait for the notification when they appear in the market.

As always its important to do your own research and the more you do the more you’ll benefit.